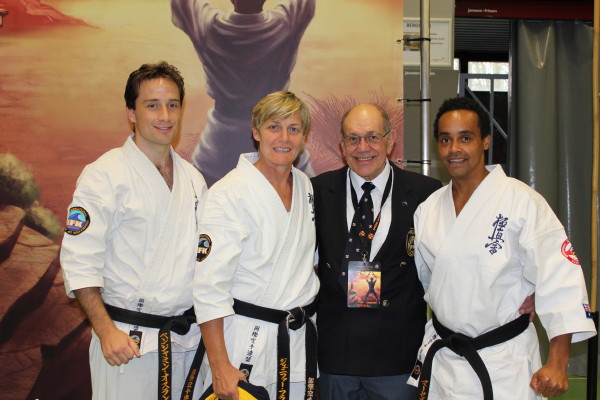 We had a great time at the 4th IFK Kata World Championships held on Saturday 15th March 2014 in Belgium. This is the first time that the IFKKA has sent a team to compete in the IFK World Kata Championships and I must say we did really well.

It was an opportunity to catch up with Hanshi Steve Arneil pictured above with the Australian Team Senpai Ben Osland, myself (Sensei Jenny Fuller), Hanshi and Senpai Marcel Saunders. The competition on the day was brilliant and I took videos that I will be loading in the coming weeks, together with photos of our trip, I so love travelling in Europe. Click here for photos

Thank you to Shihan Doug Turnbull and Sensei Shah Yussof and those of you who helped and supported us with the training of the team. I must also say a special thank you to Shihan Janine Davies pictured below from Mountain Ash Dojo in Wales, who coached us via a facebook group and videos, where she watched numerous videos and offered feedback. Thank you so much for your assistance in the lead up to this event. Osu! 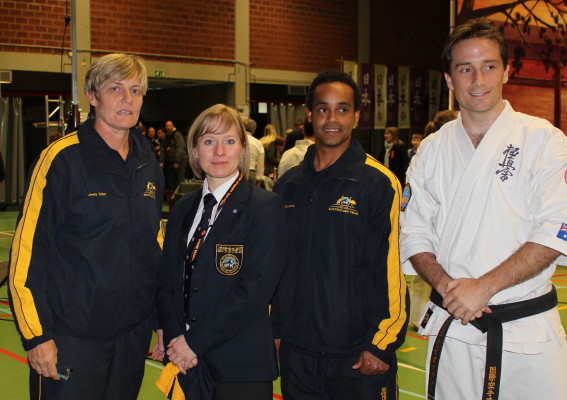