At KKC Karate we teach students of all ages Kyokushin Karate which in martial arts circles is generally considered to be the Strongest Karate.

Sensei Jenny (4th Dan) started training in 1994 and is now a Yondan (4th Dan) in Kyokushin.

All Instructors at KKC Karate are Working with Children, Child Safety Checked. 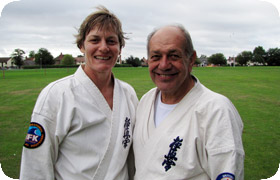 Anthony trained under the expert guidance of Sensei Jenny Fuller (4th Dan) of the International Federation of Karate Australia Inc, starting with Sensei Jenny in 2013.

Anthony has had the privilege to train with a number of noted Kyokushin Karateka both locally and Internationally.

Being part of the development of young Karateka enhancing their skills and confidence learning Kyokushin Karate has been extremely rewarding for Anthony. Guiding their journey as they mature into young Karateka carries with it the highest responsibility as you are charged with assisting each student achieve their very best.

Anthony is an active member of the International Federation of Karate Australia (IFK Australia) and has held the position of treasurer since 2016.

Regular attendance to karate seminars held by other Kyokushin Karate organisations, always striving to improve the standard of karate for himself, the students of KKC Karate and the members of the IFKKA.

Attends all IFK Australia seminars under the guidance of senior black belts. 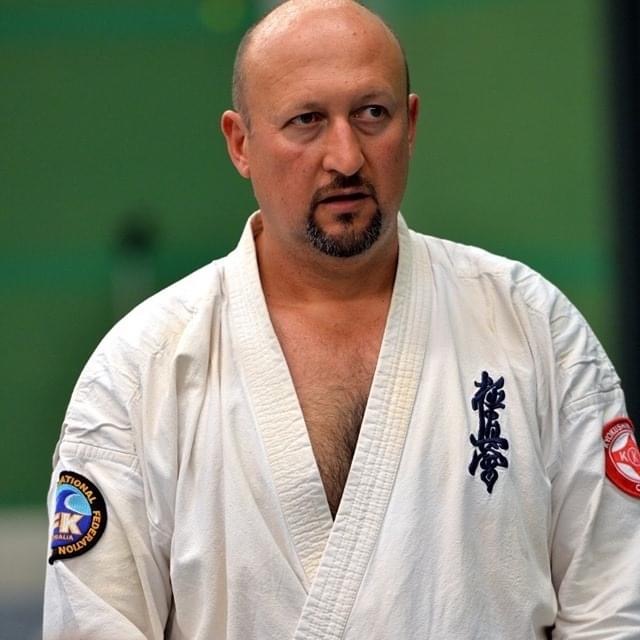