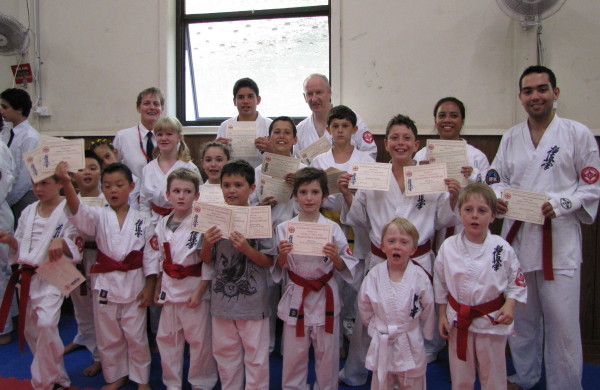 Sunday 11th March kicked off round 1 the IFKKA tournament interclub series, what a fabulous day. This competition is only open to students of the IFKKA affiliated dojo. We had 61 students entered from the Sydney clubs, this was the largest number of entries we have had for a single round in this series and KKC Karate accounted for 19 of these entries. It was an exciting day with great displays of kata and clicker kumite sparring. I am always so proud when I watch the students perform in competition and try their best. Competition is not about winning and losing but trying hard, doing your best, bettering past performance and putting into action what you learn at the dojo. The interclub series is a great opportunity for parents, friend’s partners etc to watch what the students are learning at the dojo. Well done to all from KKC Karate who entered see photo (right) . Round 2 will be held on Sunday 24th June. 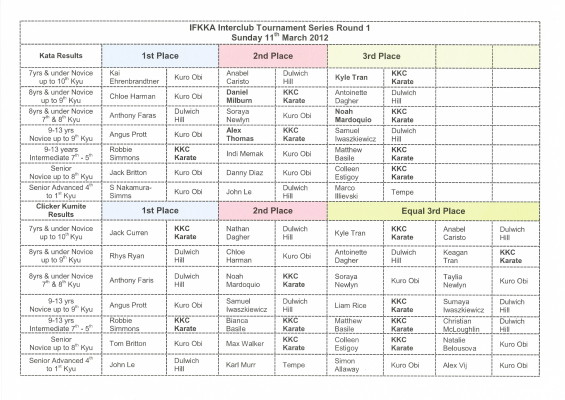