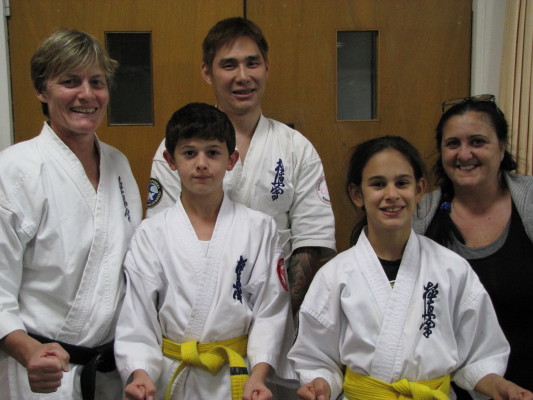 Well their bags may not be packed, but the tickets have been booked and their camp forms submitted, this year Miko Mitchell, Matthew Basile and Bianca Basile (pictured) will be joining Senpai Jenny attending the BKK Summer camp, to be held from 15th to 19th August at Felsted in Essex UK. Victoria (Matthew & Bianca’s mum) will also be travelling with them. You never know we might get her into a gi as well; maybe I should take a spare one!!!

What a fabulous opportunity to train with 10th Dan Hanshi Steve Arneil and his top instructors. It’s not too late if you want to join them in the UK, please let Senpai Jenny know ASAP, alternatively start saving for August 2013.