We had a great night again at our annual Christmas Karateka night held on Thursday 20th December, all classes held on our final night of training before Christmas students can bring mum, dad, pop, nan or a friend. Once again it was great fun, with parents really getting into the swing of the night and students showing then how it is done. Check the photos in the 2012 web gallery. 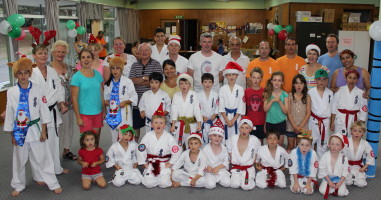 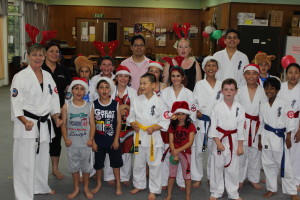 Merry Christmas and a Happy and safe New Year to you all.

The December Junior Grading went really well, with 27 students from KKC Karate attending. The results are listed below and there are photos in the web gallery click here to check them out.

Congratulations too all who attended on achieving your new grades. 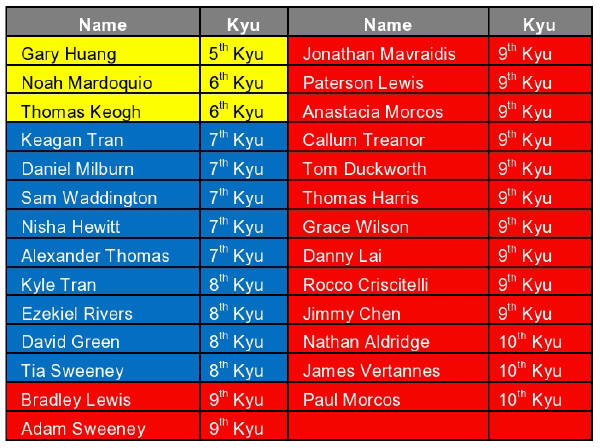 Be sure to check out the latest IFKKA Newsletter December 2012

What a great Christmas party we had on Saturday 24th November 2012 at AMF North Strathfield with 149 people attending from across the Sydney based dojos. FYI KKC accounted for 75 of the 149, thank you all for your support. It was a great night of ten pin bowling and from all accounts everyone had a great time. Thanks so much to Malcolm and his staff at AMF who helped make the night such a great success. (People are already planning next year’s event. Bowling again!!!)

At each EOY party the Interclub Champions for the IFKKA Interclub Tournament series are announced and each Sydney Dojo announces the students who will receive the respective Dojo Awards; most improved and the most spirited. The most spirited student is the student who displays the essence of what we are teaching in our karate, they just get on and DO IT! What a good slogan maybe I have heard it before!!!!

This year we have 3 categories 6-8yrs 9 to 12 yrs and Adults, the KKC Karate 2012 dojo award winners are listed below;

Well done and congratulations to you all!

The overall winner for the IFKKA Interclub Championships for Junior Advanced 4th & 1st Kyu is Robbie Simmons. Robbie has done it again for the 3rd year running he has taken out the Interclub series championship for the division he has competed in. Well done Robbie. All divisions were hotly contested and there were only a couple of points separating each division.

Be sure to check out the photos in the Web Gallery.

Well done to the students from KKC karate (pictured) who participated in the recent Australian Martial Arts Championships (AMAC) held in Sydney at the Ann Clarke Netball Centre Lidcombe on Saturday 17th & Sunday 18th November. It was 2 days of exciting competition and as an instructor I am always so pleased with how the students perform, showing what they have learnt in the dojo, even if they don’t win or place as long as they have done their best and had a good time too.

Full results listed below. Please check out the photos in the web gallery.

Once again congratulations and well done to you all. 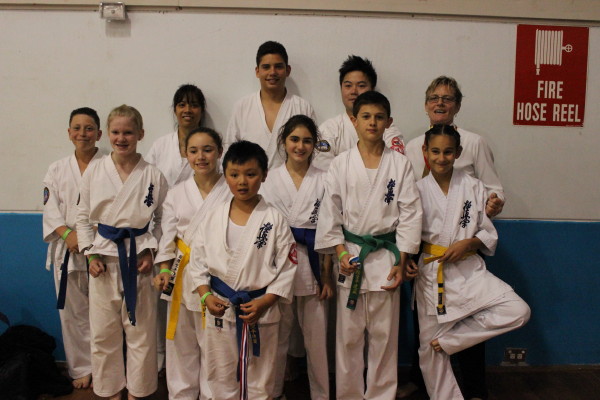