KKC Karate Five Dock recently played host to a visitor from the UK. Senpai David Norris (Shodan) from Sensei Moss Ageli’s Milton Keynes Dojo in the UK. Senpai Jenny met Senpai David at last year’s BKK Summer Camp. It would seem that Senpai David is intending on travelling to Oz on a regular basis. I will let you know when he is here next, so you don’t miss the opportunity to train with him. Picture Right is Senpai David presenting Senpai Jenny with a framed Japanese “OSU” calligraphy personalised by Hanshi Steve Arniel.

Check out the Gallery for more pictures. 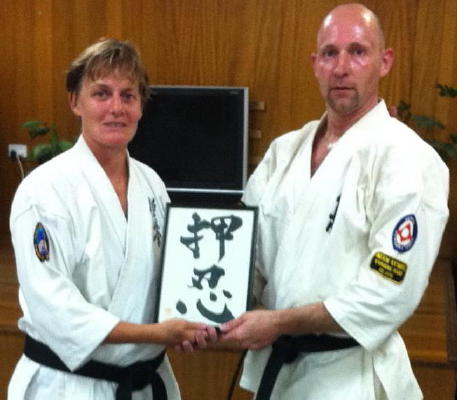