We had a great trip in the UK, some of the highlights were the opportunity to train with Hanshi Steve Arneil at his dojo in Wimbledon and then on the day of the tournament we were present when Hanshi was awarded his 10th Dan. This was a truly momentous occasion and we were there to witness history in the making.

The tournament went really well with Robbie Simmons from KKC Karate winning his first round fight and narrowly losing his second, this is an incredible effort as we have only been training in the clicker fighting discipline for approximately 14 months when all other countries in the event have been doing this for 10 years or more. Well done Robbie.

Let me take this opportunity on behalf of all students at KKC Karate to congratulate Hanshi Steve Arneil on his newly awarded 10th Dan, he is a truly remarkable person and an inspiration to us all.

More high lights of the trip will be in the IFKKA Newsletter September Issue. 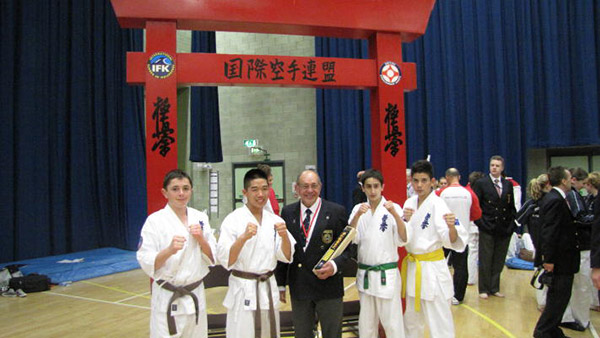