The IFKKA EOY Karate Party and Awards Night was held at Tempe Sports Club on Saturday 10th December it was a big night with each of the IFKKA Sydney Dojo presenting their dojo awards, the IFKKA Interclub Tournament champions for 2011 being announced and the December Grading Certificates being awarded.

The Spirit of Osu Awards for the series were awarded to Jack Taylor Junior and Kyoko Millar Senior both from KKC Karate Five Dock. Well done to all.

The grading certificates for the December junior grading were also awarded at the EOY Karate Christmas party, listed below are the grading results. Congratulations on your new grades achieved.

See the group photo of some of the recipients below and click here to link to IFKKA Christmas Party December 2011 photos in the web gallery. 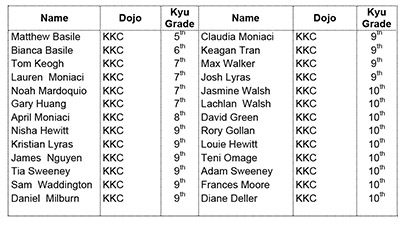 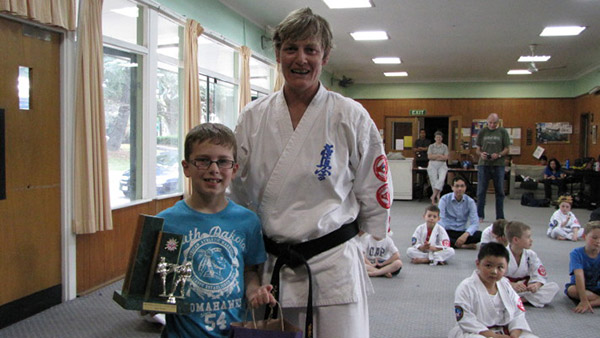